Recently People magazine featured the MTV reality show The Hills star, Heidi Montag on the cover. The wannabe pop star was sharing the story of her recent and shocking operation in which she underwent 10 different plastic surgery procedures.

At 23 years old, Montag has received a mini brow lift, botox in various places, a nose job revision (following a surgery in 2007), facial fat injections, chin reduction, liposuction on the neck, waist, hips, inner and outer thighs, had her ears pinned back, a buttock augmentation and a breast augmentation revision which enhanced her previously enlarged chest to a DDD.

According to the star, it’s still not enough. She wants larger breasts yet, which already over power her small frame, and stated in the interview that as she ages there will constantly be maintenance to keep herself looking ‘perfect’.

In my opinion, Heidi was already a pretty girl when she debuted on screen in the first season of The Hills. She was someone young girls watching the show could somewhat relate to. I was disappointed after her first surgery in 2007 when she had her nose and breasts done, but she still looked ‘normal’. Then Hollywood swallowed up the best of her and she looks plastic and fake. It’s absolutely disgusting.

What is she teaching young girls today? To be successful you have to have the blondest hair, the biggest boobs, and the smallest waist? She is not helping girls improve their confidence and embrace their own bodies. In today’s world, the pressure to be thin and beautiful is everywhere. Another fake blonde wanting to become famous through her looks rather than genuine talent and smarts is exactly what this world DOESN’T need. And is she really becoming successful?

Alongside her media hungry husband, Spencer Pratt, she has claimed she will become more famous than Michael Jackson. Her recently released album has sold barely 1000 copies.

Her first live performance on Miss Universe 2009 was a train wreck. Decked out in a skin colored body suit, similar to what Britney Spears wore during one of her performances, she wriggled around on stage what she called a dance routine, while lip synching, although in an interview following the performance she insisted it was her singing. It was a horrible, talentless performance.

It’s a career already as fake as her chest.

We need to stop paying attention to these so called celebrities like Heidi Montag and start recognizing the celebrities that promote healthy habits and encourage girls to love their own bodies, imperfections and all. And never forget, that it’s really the personality on the inside that counts the most. 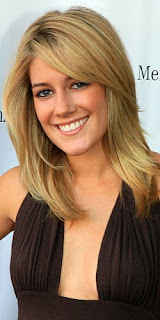 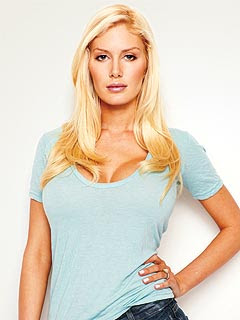