A Decade of Memories

December 31 was the end of not only another year, but an entire decade. Looking back at the last ten years, I realize how much I’ve accomplished.

Ten years ago I was 13 years old and just beginning high school. During those four years in school I learned a new language and fell in love with a unique country, spawning my quest to visit Japan. In my fourth year of Japanese studies I even earned the ‘Best Japanese Student’ award, which was a proud accomplishment.

For my work experience class, I was looking for something to prepare myself for the journalism career I had planned to pursue and found myself working as a reporter for the local newspaper. I feel very lucky to have had the opportunity to work with a great editor who gave me the freedom to write on topics of my choice most of the time. I loved seeing my name in print!

I graduated high school and shortly after left home and moved to the city, where I was taking Business Administration at the college. I was disappointed I wasn’t accepted into the journalism program that I had originally applied for, but didn’t give up on my writing. I contributed to the college paper writing music and concert reviews. It was an exciting new chapter of my life, starting a life of my own at only 17! I did well though!

Two years later, I had graduated from my program with a diploma in Business Administration, majoring in Marketing. I believe I was the first one in my entire family to graduate from college at this point! I was even juggling a part time job at Music World, immersed in a world I love, MUSIC!

Following graduation, I was hired at the local credit union, where I worked as a teller for six months, before moving to the department I am currently working as an administrative assistant. I just recently received my 3 year service award and I couldn’t have asked for a better team to work with over the past three years. They have become my second family!

In my free time, I was lucky to be apart of an awesome dance group where I gained some confidence and, well, learned to dance! Most of my evenings were spent at the studio, learning new routines and making new friends. I met alot of great girls and had some great experiences performing across the province. While I may be shy on the outside, I have always secretly loved the spotlight. 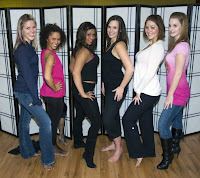 During these ten years, my love for music exploded, fueling my concert addiction. I’ve had the opportunity to see so many of my favorite artist live, even being lucky enough to meet some of them. Many people don’t understand how I can spend so much money going to concerts all the time, but they don’t know how much happiness I feel submerged in a crowd watching our favorite musicians onstage. 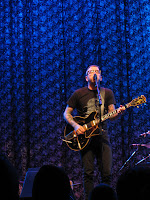 Dallas Green of City and Colour 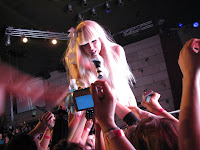 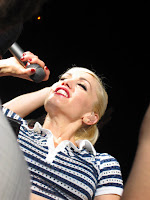 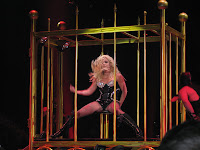 Of course I can’t forget to mention the amazing travel opportunities I have had. In March 2001 my family went on holidays in Hawaii, which was such a beautiful place! I would love to go back there. In December that same year, we traveled to Las Vegas for the National Finals Rodeo. We explored the hotels on the strip, checked out the Hoover Dam and the Valley of Fire, as well as the Tournament of Kings medieval show and a magic show. It was an interesting time at the airports, being two short months after the 9/11 attacks in New York.

In 2002 and 2003 we traveled to Mesa, Arizona to visit my grandfather, which would be the last big family trips out of the country.

September of 2007 my grandma, uncle and aunt took me to New York City for my 21st birthday. Despite growing up on an acreage raising both sheep and goats, I have always loved big cities and always dreamed of seeing New York! We took in the Lion King and Phantom of the Opera on Broadway, wandered Times Square, China Town and Little Italy, saw the Statue of Liberty from the Staten Island Ferry, rode the subway, saw Wall Street, bought a replica designer bag down an alley in a sketchy secret room down Canal Street, ate a hot dog on the street, visited the MOMA (Museum of Modern Art) and the Guggenheim, walked the Brooklyn Bridge, wandered through Central Park, bought designer dresses in the Upper East Side, watched Matt Lauer filming Good Morning America, and so much more. We accomplished alot in the short time we were there, but at the same time there is still so much left to see. I can’t wait to return to that city 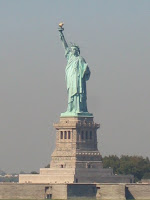 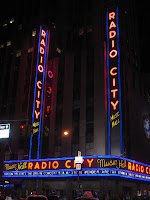 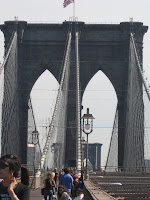 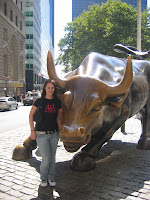 In April 2008, I took my first trip without family to Las Vegas for my best friend’s 21st birthday. It was a blast! We all shopped until our credit cards were maxed, I bought yet another designer dress! We got the VIP treatment at all the clubs and were treated like queens. 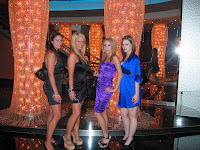 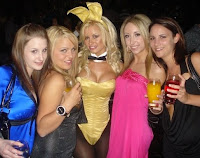 May 2009 saw another girls trip to the City of Sin and it was another absolute blast. This time we managed to take some day trips outside of Nevada. One day spent lying on Huntington Beach, eating seafood and strolling Rodeo Drive, and another day spent sky diving, before a trek to Zion Nation Park in Utah, where we climbed Angels Landing. Angels landing is a 2.4 meter trek up solid rock trail, with nothing but a chain to hold onto to keep you from falling over the edge. What an unreal day that was! 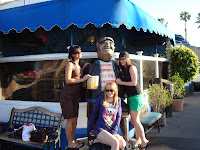 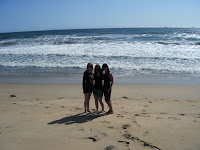 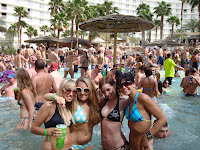 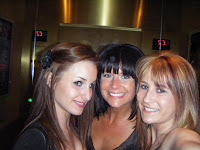 2009 was obviously the year for fearlessness. Not only did I jump out of a plane and climb to the top of a mountain, I also put my nerves to the test by trying out bungee jumping in Nanaimo, British Columbia while visiting one of my best friends from high school. The search is on to find more ways to give my parents heart attacks and get the adrenaline pumping! 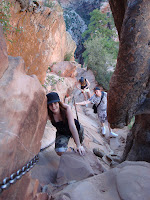 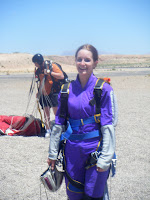 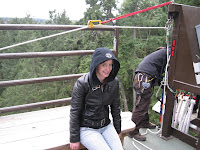 Getting ready for bungee jumping in Nanaimo, BC

This past year saw the end of my dance career. But I quickly immersed myself in new activities, trying out yoga for the first time. I fell in love with yoga and am continuing to practice into the new year.

I also began running more seriously, and as of the end of December am able to run 3km continuously, in less than half hour. I am proud of this accomplishment being that I have never been very athletic and have always had trouble with any cardio exercise. My new goal for 2010 is to run a marathon this summer, I’m hoping even a 10k!

Now 23 years old, I realize I have grown a lot over the past year, not to mention the past decade. I’ve been a lot of places, made some amazing friends and memories to never be forgotten. I’ve done things I never thought I would do, and have had a lifetime of fun along the way. It’s hard to even predict where I will be and what will happen over the next ten years, but I’m excited to find out!

Creating Fun in the Kitchen with Chefs Plate